I’ve always had a thing for straight guys and I enjoy filming them being edged. It’s not easy getting straight guys to be filmed by another guy, let alone touched by one too! 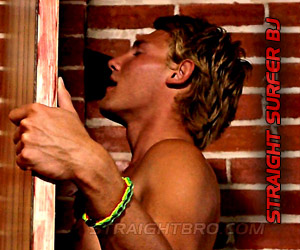